Triple pension lock to come back for next year – here’s what it means.

We explain how triple lock works and what it means for state pension.

What is Triple Lock?

The triple lock is a calculation used to determine how much the state pension increases each year.

It was introduced by the coalition government in 2010 and has seen an increase in pension payments corresponding to whichever is highest: 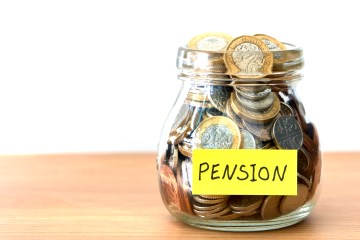 What does triple lock mean? pension Whichever is higher in payments in 2023, will increase: Income, inflation or 2.5%.

Rising inflation is expected to benefit retirees hit more than 10% this year,

An increase in inflation could increase the income of those in retirement by about £1,000 a year.

Triple Lock Calculation for Annual Increase in Old Age Benefit was temporarily suspended due to the pandemic and was reduced to a double lock,

The new state pension is for those who make up the National Insurance contribution after April 2016.

You need at least 30 eligible National Insurance Years to get Basic State Pension.

Is triple lock being abolished?

No, although there was triple lock replaced with a double lock promise Last year’s Triple Lock is returning next year.

Last year, salary hikes were removed from apportionment as the coronavirus skewed salary data Bumper salary given to pensionerswhy

instead of this State pension rates hiked by inflation of 3.1% In April, based on last year’s inflation data.

but Inflation is currently well over 9% Leaving pensioners in a really bad shape.

Although the lock is set to be returned, last year there were calls for the triple lock to be axed for years given its cost on the public exchequer – either becoming double lock or abolished altogether.

Millions of pensioners to get paid £300 To help cover the rising cost of heating homes in the winter in October.

Lowest income pensioners will get a Pay £650 on benefits such as Universal Credit, among others from July.

we explain child benefits This includes how much you can receive and if you can claim for more than two children.